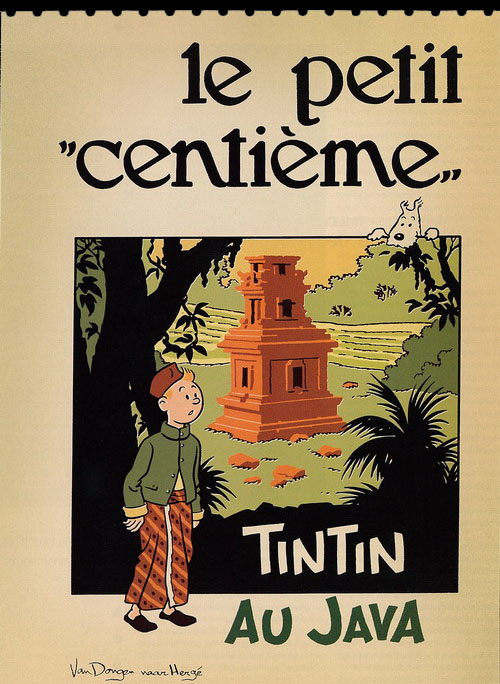 Posted from The Ephemerist
August 12th, 2007

The Ephemerist wrote about Peter Van Dongen before, during their 40 years anniversary blogging marathon, and I consider him to be one of the finest examples of true Ligne Claire cartooning around, period. His grasp of the visual language that was pioneered by Hergé is on a par with people like the late Bob De Moor or Theo Van Den Boogaard.

With the illustration above, Van Dongen also proves that he’s even able to rewind Hergé’s evolution, and imitating his style in his early Petit XXe period. Moreover, I am completely in awe with the way in which he succeeds in emulating the color effects that the printing process at that time resulted in.

This illustration was scanned from the Dutch magazine Boek, which in its turn reprinted it from Duizend Bommen, a Dutch Hergé fanzine.

When Peter van Dongen applied for an education at the Rietveldacademie, he was turned down. The same thing happened when he applied at the Utrecht Art School. Nonetheless, Van Dongen kept on drawing, and in 1990 his debut, ‘Muizentheater’, a gripping tale of two working class lads growing up in Amsterdam during the Depression years, was published. A nice feature of ‘Muizentheater’ is that it is one of the very few books about Amsterdam that does not feature any canals – van Dongen hates clichés. In 1991, ‘Muizentheater’ earned van Dongen the Dutch Stripschapprijs for the Best Comic Book of the Year. 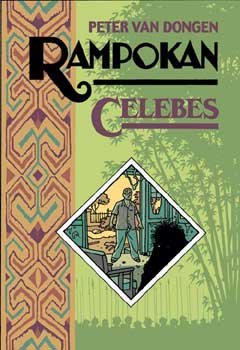 It took almost a decade before van Dongen published a new book. Van Dongen not only shuns clichés, he’s not too fond of deadlines either. This new book, ‘Rampokan’, a tale about the independence struggle in the former Dutch colony of Indonesia (the land of Van Dongen’s ancestors), was even better received than van Dongen’s debut. The story was told in a stunning clear line style with sepia coloring – the echo of Hergé’s colonial classic ‘Tintin in Africa’ was constantly there in the background. ‘Rampokan’ was co-published by Joost Swarte and earned both author and publisher the 1999 Dutch Prize for Best Book Design. In 2004, the second part, ‘Rampokan Celebes’, appeared. In 2005, he organized a series of expositions with artwork by Indonesian artists like Beng Rahadian, Tita and Anto Motulz, held on several locations in Java.