Typography is the art and technique of arranging type that has been around for hundreds of years. Words, text, and letters around us often have been consciously designed to be not only readable, but also appealing in how they look and how they feel.

Typography’s role in graphic design is essential to the core. Its history is the main pillar of graphic design and its development propels the growth of visual communication design. Typography is not to be reduced to merely “font”. Font is a big part of typography, but typography goes far beyond it.

Type Directors Club (TDC) is an organization committed to excellence in typography both in print and on screen — founded in 1964 by pioneers in the graphic design industry. Some of TDC’s notable members are Erik Spiekermann, Gail Anderson, Michael Bierut, Debbie Millman and Paula Scher.

To its mission for the advancement of typography, TDC holds educational programs, seminars, classes and a type competition in which the winners’ works are exhibited in TDC Typography Annual and also across the globe. Currently the 62nd edition will be showcased in Jakarta throughout August 2017. 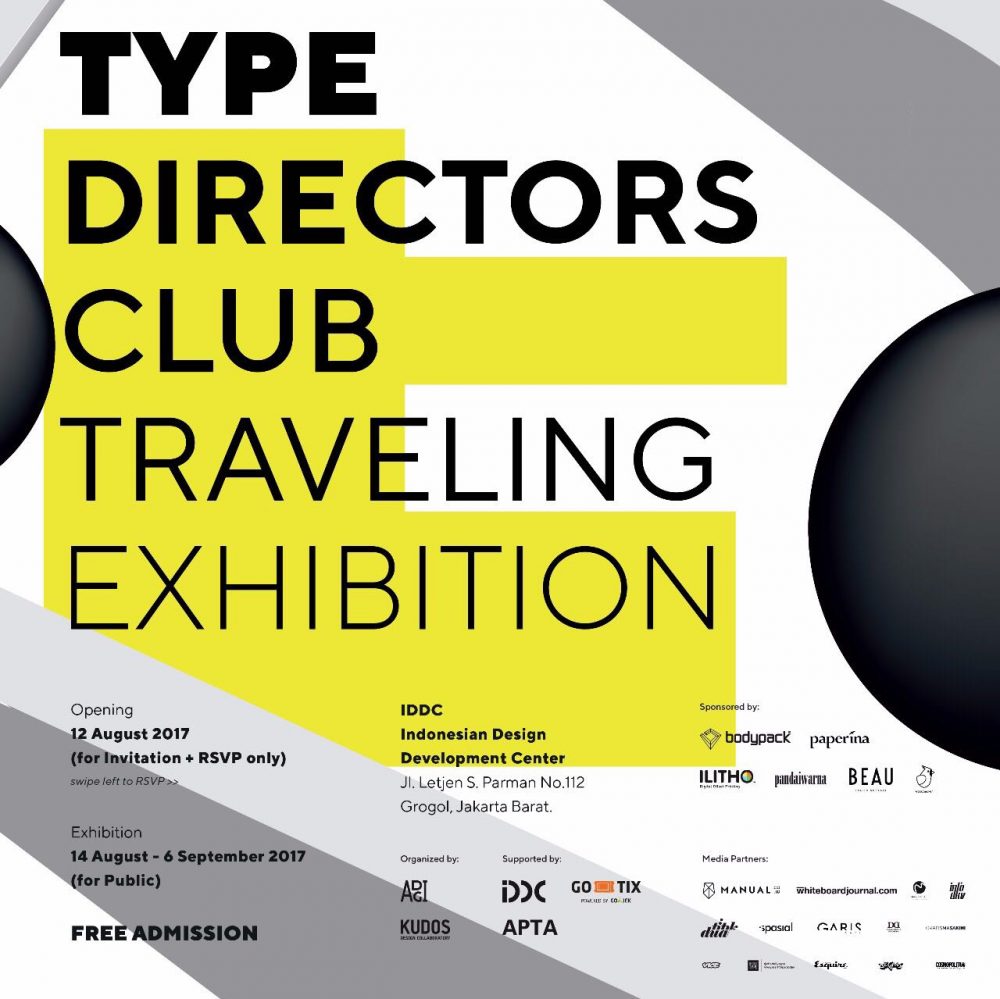 ADGI (Indonesian Graphic Designers Association) is an organisation that caters professional graphic designers across Indonesia. ADGI has been actively collaborating with the government and the private sector to communicate the value of graphic design and promote graphic design as a profession.
–
ADGI is committed to serve, advance and protect its members which are currently spread across the nation in 4 chapters: Jakarta, Bandung, Malang & Surabaya.

John Kudos is a Bandung-born graphic designer – founder of KUDOS Design Collaboratory in New York, Jakarta and Bandung. He studied at the Maryland Institute College of Art; worked for Pentagram for seven years, catering top clients such as MIT, MoMA, The Met and Sotheby’s. John also teaches typography and communication design at The School of Visual Arts in New York.

When you do what you like, you won’t get sick of it too long, if ever.